Next up: Council Member Jane Prince for Ward 7! Here are Jane’s answers to our questions:

Why did you decide to run?

I love my East Side community and I love Saint Paul. Having had the opportunity to work in the Mayor Latimer Administration and as a legislative aide to Ward 4 City Councilmember Jay Benanav, I developed a strong belief in the power of local 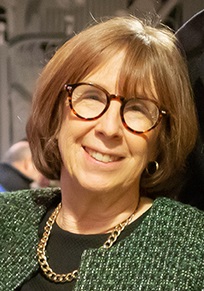 government to engage and involve communities in becoming the best they can be. I love that one phone call to my office can reveal an issue or problem that we can solve together. Every call I get from a constituent represents an opportunity to work together on a better Saint Paul.

How do you see your ward 30 years from now?

My ward is among the most multiculturally diverse communities in the Twin Cities metropolitan area, and is also young, with a median age of about 30.  I expect that in 30 years, thanks to  our efforts now to develop housing for all, to support economic growth and create good living wage jobs, that we’ll be a thriving destination for people seeking a vibrant and authentic multicultural environment in which to live, work and play.

How do you plan to govern in a way that is inclusive, creative and equitable?

I will continue to work hard to reach out to and stand with the constituents of my diverse district to help fulfill the vision of the kind of East Side they want to create together.

What’s the last book you read?

The last book I read was White Fragility by Robin DiAngelo.  I’m now reading Satchel: The Life and Times of an American Hero, by Larry Tye.

Favorite restaurant/ dish in St. Paul or your ward.

Tell us a fun fact about your ward.

Two U.S. Supreme Court justices who served contemporaneously, Warren Burger and Harry Blackmun, both grew up within blocks of each other in Ward 7’s Dayton’s Bluff neighborhood. They were in the same scout troop, graduated high school together and were in each other’s weddings. Both appointed to the court by Richard Nixon, Justice Burger’s record on the court was a much more conservative one than Justice Blackmun’s who wrote the decision for the court in Roe v. Wade.

Visit Jane’s campaign online at www.JanePrinceW7.com or on Facebook at https://www.facebook.com/janeprinceW7/.